Enjoy the river ecosystem of the Riudebitlles

Historically, the main settlements and urban nuclei were established near rivers, which is why the Riudebitlles plays a key role in the history and landscape of Torrelavit. The river crosses the whole municipality and in the 18th century powered twelve paper mills which supplied paper to the major national and international markets.

To highlight the importance of the Riudebitlles in El Penedès, two important projects have been carried out. First, the Centre d’Interpretació de l’Aigua opened its doors to the public, which allows us to see the role of the river in the history of Torrelavit and El Penedès, and the relation it has had with society. Second, the Camí del Riu, a river path to reclaim the riverbank scenery in order to protect and conserve it.

You’ll discover the area through Torrelavit’s cultural and landscape assets, and the Camí del Riu initiative. 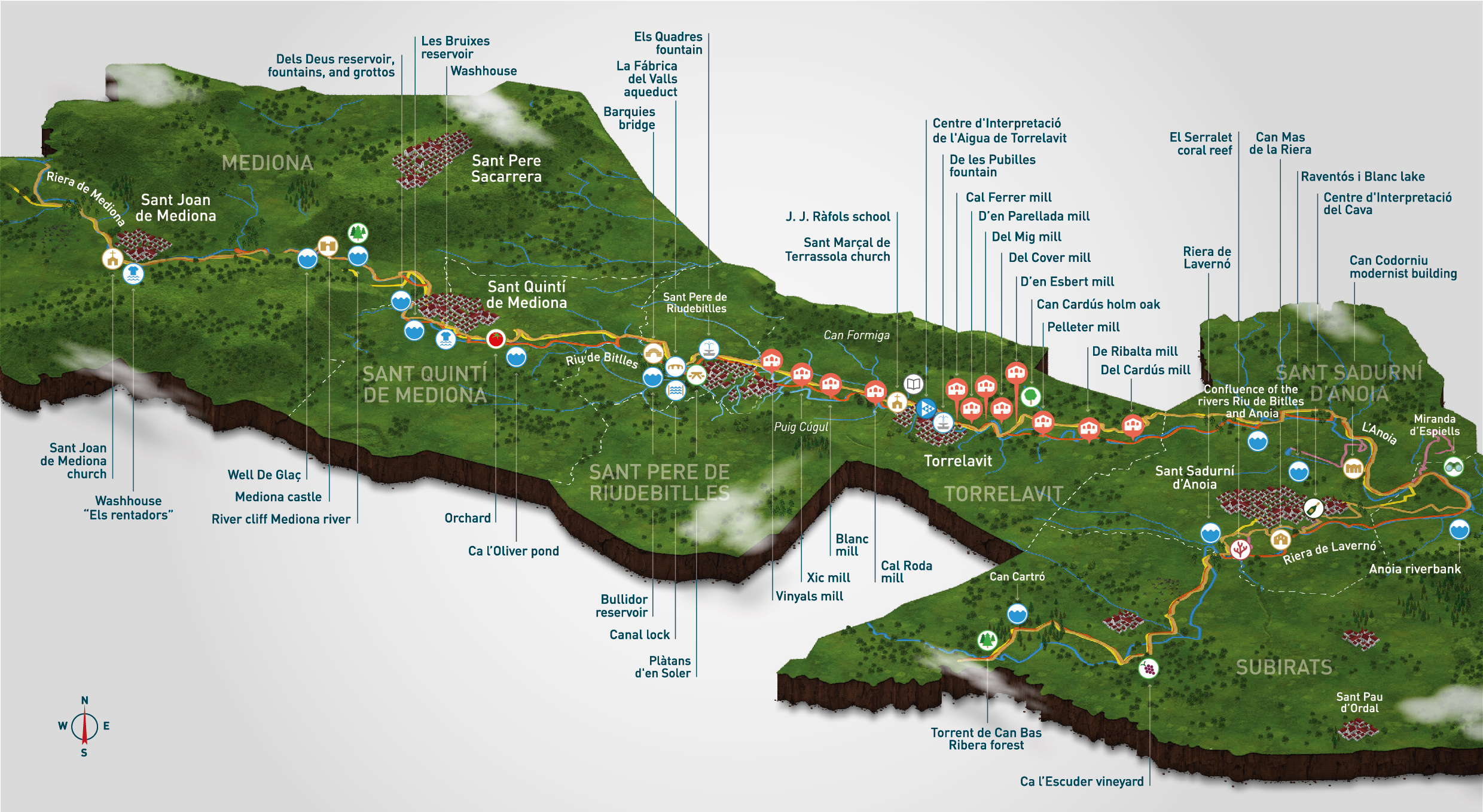 El Camí del Riu route and sites of special touristic interest in the riverside areas of the rivers Mediona-Bitlles, Labernó and Anoia.